This is Erin’s 5th year coaching at the club level.  In addition to coaching club Erin has coached the JV softball team at Archbishop William HS for three years.  Erin has also been coaching for the town on Holbrook for 6 years, this year leading the team to a USA State Town Tournament Championship.  In high school Erin was an outfielder for North Middlesex Regional HS and played for the U18 Central Mass Fire.  Erin attended Iona College as a D1 full scholarship XC/Track athlete. 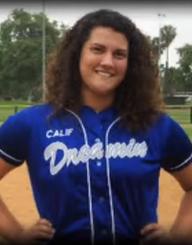 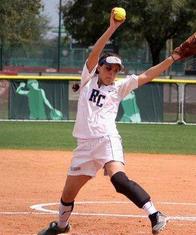 Hillary is a 2014 Rivier University graduate with a degree in Sociology and a minor in Social Work. Hillary works as a director at Senior Living Residences.

Hillary brings her experience of over 12 years of pitching and 10 years of pitching with the late UCONN pitching coach Peter Looney. Hillary was the four year starting pitcher for Cardinal Spellman High School where she pitched a perfect game and helped lead her team to four Catholic Central League Titles. Hillary was named Team Captain, Team MVP, and was named to the 2010 Enterprise All-Scholastic team. She continued on to be the starting pitcher for Rivier University in Nashua NH where she led her team to both GNAC and ECAC tournaments, had 6 shutouts and received the coaches award in 2011.

Recruited as a catcher to play at Brown University (D1) and started as a freshman. Batting percentage .429 with a .857 slugging percentage. Catching pop times under 2 seconds. Consistently batted in the heart of the lineup and led the league in getting hit by pitches.

Kristi’s goal is to work with players of all ages, instill a love for the game and cultivate a work ethic that will get players to succeed at any level.

Caroline has been playing softball fo over 12 years. She started playing with Dirt Dawgs at the age of 12 and played with our program for over 5 years.  She graduated from Oliver Ames High School in 2018. She started for the varsity softball team all four years, played third base, catcher and also as a designated hitter. She held an overall batting average of .341 44 RBI's, 9 doubles and scored 23 runs. She was awarded Enterprise All Scholastic 3 years and also a Hockomock All Star 2 years.

After High School she attended Newbury College and was recruited to be their Designated Hitter. Although her time there was short, she most definitely put in the hard work. She lead the team on hits, doubles, RBI's, and batting average. She batted .400 in conference and .429 overall. She finished as the leader for conference in RBI's and on top 5 in doubles and Home Runs.

With 55 hits on the season Caroline broke the record for most hits by a freshman in Nighthawk History.

The management team at DDS has a combined track record of over 50 years of successful business management. During these years members of the management team have covered the gamut from managing Fortune 500 companies to Entrepreneurial startups.

On the baseball side of the business, the management team consists of a combined 75+ years of playing-managing-coaching at all levels of the game. Members of the team have played at the professional level; and managed at professional, college, Legion, Babe Ruth and all youth levels of the game. We have and continue to sit on various youth baseball boards in the surrounding communities, from President to T-Ball Director.

It is this mix of business and baseball knowledge, focused on the customer experience, which is the cornerstone of our business.

While we are most recognized for our AAU and Club teams that is only a small portion of what we are about. We are first and foremost a training facility. We embrace all levels of the game and aim to work with every local community program to partner with to help raise the level of skill and make the experience better for all players and families. Additionally, our goal is to provide players the opportunity to work on their games to maximize their playing experience. If players look to play at a higher level, whatever that level might be, we are the right facility. Our personal goal is to create a fun family experience that can prosper into a prolonged family enjoyment of the game. If together we are able to add a few years to the Softball Family experience our goal has been achieved , be it youth ball –high school ball –college ball or beyond.

Johanna is a female right handed baseball pitcher, born in Aguadilla, PR on October 29, currently living in Avon, Ma. Started to play baseball at Isabela, PR Little League at the age of 5 where she played till she was 16 years old all in boy’s teams. Named pitcher of the year 6 times, and also made several All-Star Games and All Star Teams in that frame. Stopped playing baseball at 16th because it was difficult for her to get a boys team to sign her to play. She kept on playing softball when she got to college playing as a short-stop and as a first base but did not pitched. On 2008 the 1st Womens Amateur Baseball League was created, and Johanna is actually pitching on the League with the Arecibo Lobas and she also pitched with the Roosevelt Cangrejeras. Has Won four national titles in her twelve years of participation.

Also member of the 1st Puerto Rico Womens National Team that participated in the World Cup held on Venezuela on 2010, she lost her first game as Womens baseball pitcher against Cuba and then won against Netherlands, finish the tournament with 1-1. On 2012 she started to practice at the Dirt Dawg Sports Facility in Canton, MA in order to prepare for the 2014 Team USA Tryouts she made it to the Top 40 on the nation. Johanna, graduated from Inter-American University in Aguadilla, Puerto Rico with a Bachelor’s Degree on Criminal Justice on 2014 where she finished studying the last two years when she moved to USA doing on line classes. She is actually playing with Lobas de Arecibo womens baseball team in PR where she goes and play several times on the season. Recently invited again to join the PR Womens National Team and participated in the 2019 World Cup Pre Qualifier celebrated in Aguascalientes, Mexico. Also is the assistant-coach for her husband Alex Santiago on the Prospects Dirt Dawg Team. 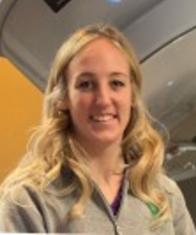 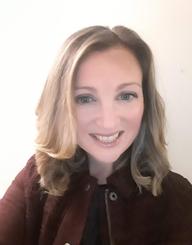 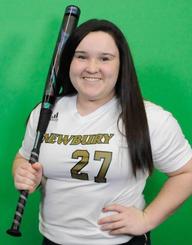 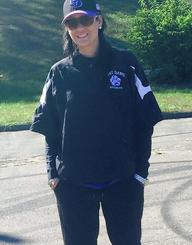