Juan Bautista Berenguer (born November 30, 1954) is a former Panamanian long relief pitcher in Major League Baseball (MLB) who played for eight teams from 1978 to 1992. Listed at 5'11 200 lb., Berenguer batted and threw right-handed. He was born in Aguadulce, Coclé, Panama. A mean-looking, husky pitcher with long hair and a mustache, Berenguer was nicknamed 'Pancho Villa' by his teammates, and Twins fans admiringly referred to him as 'Señor Smoke' or 'El Gasolino' due to his mid-90s mph fastball. Extremely wild as a youngster, Berenguer learned to harness his sneaky fastball which he liked to throw inside, and added a deceptive forkball. His effectiveness was aided by his intimidating appearance and disposition. Berenguer was signed by the New York Mets as an amateur free agent in 1975.

He made his MLB debut with the team in 1978. By April 1981, Berenguer had a 1-4 win-loss record and a 4.75 earned run average (ERA) in 16 career appearances with the team, and he was still having problems controlling his fastball, so the Mets traded him to the Kansas City Royals in exchange for outfielder Marvell Wynne and pitcher John Skinner. Berenguer later pitched for seven organizations before joining the Minnesota Twins. His breakout season came in 1987, when he posted an 8-1 record with a 3.94 ERA and four saves for the American League champion Twins, en route to the 1987 World Championship over the St. Louis Cardinals.

Berenguer previously won a World Series ring with the 1984 Champion Detroit Tigers, though he did not play in the Series. Following his MLB career, Berenguer continued to play in the minors. After spending 1993 and part of 1994 in the Mexican League, he returned to Minnesota and pitched for the independent Minneapolis Loons and Southern Minny Stars in the Prairie League. He then signed to pitch for the Duluth–Superior Dukes of the Northern League prior to the 1998 season, but never played for them. In between, he played winter ball in the Dominican Republic and Venezuela. After baseball, Berenguer returned to Minnesota, where he worked in marketing for a local television station.

He also became a salesman for an automobile dealership in Bloomington, Minnesota.​​​

Sixto Lezcano
Sixto Joaquin Lezcano Curras (born November 28, 1953 in Arecibo, Puerto Rico) is a retired baseball player who played for 12 seasons as an outfielder in the Major Leagues between 1974 and 1985. He played for five teams in the Majors and won a Gold Glove during his career.

Lezcano was signed as an amateur in 1970 by the Milwaukee Brewers. After spending four seasons in their minor league system, Lezcano reached the big leagues for the first time in 1974. He became the Brewers' starting right fielder in 1975, a job he held for the next six seasons. He showed a particularly strong throwing arm in right field, and led American League (AL) outfielders in assists in 1978.

His best offensive numbers came in 1979, when he finished among the top 10 in the AL in batting average and home runs, and finished with the third-highest slugging percentage in the American League. That season, he was honored for his defensive skills with the only Gold Glove of his major league career. While with the Brewers, he became the only player in Major League Baseball history to hit a grand slam on Opening Day twice, doing so in 1978 and 1980.

Lezcano is the batting coach for the Danville Braves (the Rookie league affiliate of the Atlanta Braves). 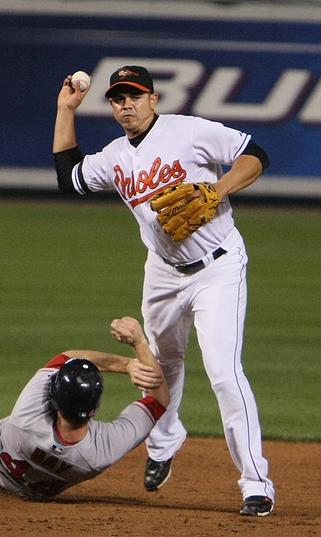 Irving Falu (born June 6, 1983) is a Puerto Rican professional baseball infielder for the Kansas City Royals of Major League Baseball (MLB).After playing college baseball at Indian Hills Community College in Iowa, Falu was drafted by the Royals in the 21st round of the 2003 MLB Draft. Falu was called up to the major league level for the first time on May 3, 2012. He made his debut on May 6 against the New York Yankees at shortstop, and hit a triple in his first major league at-bat, as well as a base hit with his second at bat. Falu is the cousin of former Boston Red Sox first base coach Luis Alicea.

Highlights In 2011 spent the entire season at Omaha (AAA) for the third straight year…played at least 17 games at second base, third base, shortstop and right field … Tied his career high set in 2008 at NW Arkansas with a .301 batting average while tying for fourth in the Pacific Coast League with 9 triples … Switch hitter batted .339 (40-for-118) against left-handers and .285 (76-for-267) against right-handers. In 2010 Played for his native Puerto Rico in the Pam American Qualifying Tournament in his home country…helped Puerto Rico qualify for the 2011 Pan American Games in Mexico. I 2013 selected to play for team Puerto Rico on The World Baseball Classic.

This is his second year in the hitting coach role, but his fourth overall on the Astros Major League staff. He spent the 2018 season as the club's first base coach and assisted in infield positioning.

In 2017, Cintrón worked as the Astros Spanish translator, advance scout and assistant coach. In that role, he assisted the Astros Spanish-speaking players with all matters, while working with the club's advance information department and assisting the Major League coaching staff. Cintrón spent much of the 2017 season on the bench as an active coach, first for a three-game stint in July and later in September once rosters expanded.

Cintrón has spent his last two offseasons managing the Gigantes de Carolina in the Puerto Rican Winter League. He led his club to a 17-15 record this offseason and a second-place finish in the four-team league. Additionally, Cintrón earned the League's Manager of the Year Award in 2018.

Born in Humacao, Puerto Rico, Cintrón is a resident of Houston and has run the Cintrón Baseball Youth Organization in the city since retiring from playing in 2012. He has one daughter, Alexandra.

​Uri Berenguer-Ramos (born 1982 in Panama) is the play-by-play announcer for the Boston Red Sox Spanish Beisbol Network. Berenguer joined the Spanish Beisbol Network in 2002 as a statistician, engineer, pregame and postgame host, and play-by-play announcer. He had previously worked as a statistician for WEEI and in the Red Sox community relations office. In 2003, Berenguer became a full-time announcer upon the departure of Juan Oscar Baez. At 21, he was one of the youngest full-time broadcasters in the history of the major leagues. In May 2005, Berenguer became the lead announcer following the death of broadcast partner Juan Pedro Villamán. In 2009, Berenguer was one of five announcers used by the MLB Network to call the Caribbean Series.

Berenguer was treated for histiocytosis at the Jimmy Fund Clinic at Dana-Farber Cancer Institute from 1985-2001. He is a graduate of the Boston Latin Academy and Northeastern University. He was a member of Latin Academy's baseball, football and track teams. His uncle Juan Berenguer played in the major leagues from 1978-1992. 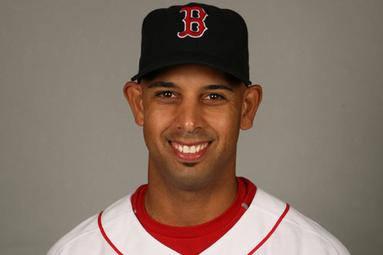 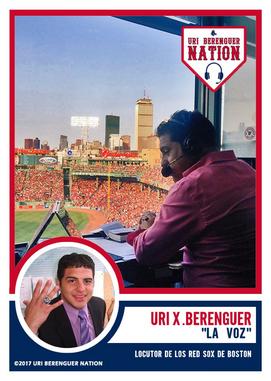 Initially regarded as a "good glove, no hit" catcher with a strong arm and an exceptional ball blocker, Molina won a Gold Glove as the top defensive player at his position in consecutive seasons in 2002 and 2003.

But he also developed into a very good contact hitter and free-swinging power hitter. Between 2000 and 2007, he struck out just 331 times, and in 2000 led the American League in average at-bats between strikeouts, with 14.3. He is the only player in history to hit a home run and not get credit for the run. 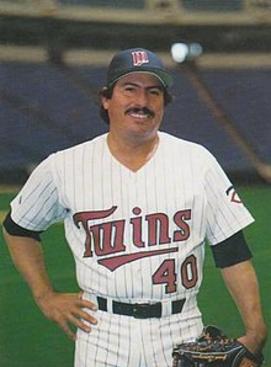 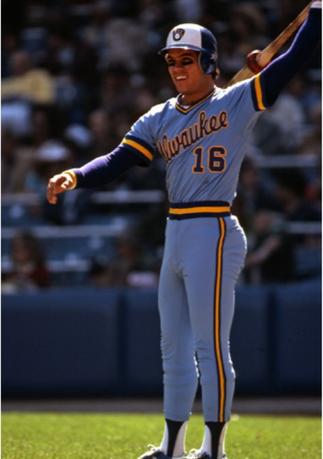 José Alexander “Alex” Cora (born October 18, 1973 in Caguas, Puerto Rico) is a professional baseball infielder who is currently retired. Works as a baseball analyst for ESPN. He played college baseball at the University of Miami. Cora was drafted in the 12th round of the 1993 Major League Baseball Draft by the Minnesota Twins, but did not sign a contract and decided instead to play collegiate baseball at the University of Miami. While there, Cora was named to the College World Series all-tournament team in both 1995 and 1996. He led the team to the title game in 1996, a game they lost to Louisiana State University.  Played MLB with the following teams Los Angeles Dodgers (1998–2004), Cleveland Indians (2005), Boston Red Sox (2005–2008), New York Mets (2009–2010), Texas Rangers (2010), Washington Nationals (2011). Cora represented Puerto Rico at both the 2006 and 2009 World Baseball Classics.

Highlights with the Boston Red SoxCora with the Red Sox, turning a double-play against the Los Angeles Angels of Anaheim at Fenway Park on April 16, 2007 In Boston, Cora was originally intended to provide a suitable backup for shortstop Edgar Rentería. With the trade of Rentería to the Atlanta Braves before the start of the 2006 season, Cora was being eyed to take the position of starting shortstop until the Red Sox acquired Álex González. Also, Cora batted .238 with one home run and 18 RBIs. Cora has played in the two longest nine-inning games in MLB history. The first was a 4-hour, 27-minute game on October 5, 2001 between the Dodgers and the San Francisco Giants. The second game, and the longest on record, was a 4-hour, 45-minute game on August 18, 2006, in the second game of a double header between the Red Sox and the New York Yankees. During his years with Boston he was used mostly as a pinch- runner. However, he did well in his hitting as used in the game as the Red Sox shortstop. 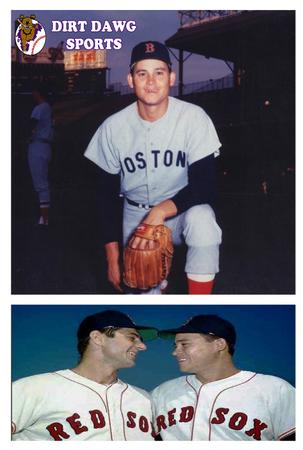 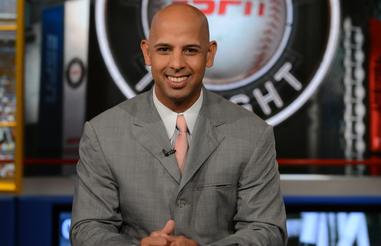 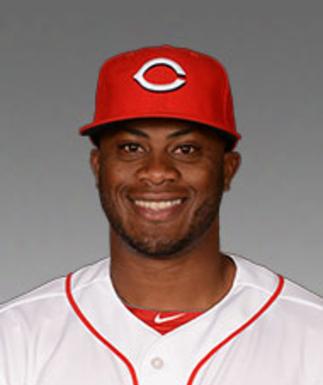 Possessor of an outstanding curveball, Santiago reached the American League in 1963 with the Kansas City Athletics. His contract was sold to the Boston Red Sox after the 1965 season, and he became a key member of pitching staff of the 1967 Red Sox, posting a 12–4 record with a 3.59 ERA in 50 games. He was largely a middle relief pitcher that season, starting only 11 games, and compiled an 8–3 mark in relief with five saves. However, he also made several important starts, including Game 1 of the 1967 World Series, which he lost to Hall of Famer Bob Gibson, 2–1, accounting for the only Boston run with a home run in his first World Series plate appearance.

Although Santiago lost both of his World Series decisions to the St. Louis Cardinals and compiled an ERA of 5.59, he began the 1968 campaign in the Boston rotation, compiling a 9–4 record with a 2.25 ERA in 18 starts before an elbow injury ended his season. The injury effectively ruined his major league career. After that, he appeared in only 18 more games during 1969 and 1970, and never won another major league game.