Steve is a graduate of Xaverian Brothers High School and Bentley University, where he earned his degree  in Finance. He has been in the Real Estate and Mortgage businesses for the past sixteen years and has decided to realize one of his passions in his spare time - coaching young players. He finds that coaching comes very natural to him and feels very fulfilled helping players develop.

After a successful high school career, Steve had the opportunity to play at several schools at the Division 1 and 2 levels. He decided to attend Bentley for many reasons, having played all four years, three as a starter, including a very special senior year. The Bentley Falcons broke the NCAA National Homerun Record for homeruns per game. Having amassed a memorable 98 homers in just 41 games, the team averaged 2.39 round-trippers per game. That year, Steve was 26th in the country for homeruns per game, and his twelve homers earned him All-Conference honors.

Upon graduating, Steve continued to play baseball in the Yawkey Amateur Baseball League of Boston for the next six years. Throughout his tenure, he averaged over .350 each season, receiving two Gold Glove and two Silver Bat awards, as well as earning playing time at historic Fenway Park for the league’s All Star Game.

Dave is a graduate of Oliver Ames High School in Easton starting in both soccer and baseball High School Accomplishments (graduated with a 4.15 GPA) Soccer- All American, All New England, 2 Time All-State, 2 Time All Eastern Mass, Hockomock MVP, 2 Time Boston Globe and Boston Herald All Star, 3 Time Enterprise All Star, 3 time Hock All Star. 40 Career shutouts with a .66 GAA.  Baseball- 2 Time All Hock, All Eastern Mass, 2 Time Enterprise All Star,  Boston Globe All Star.  Most Career hits with 114.

College- (graduated with a 3.88 in accounting)  I went on to play both soccer and baseball in college but baseball ended up being my better sport in college. Accolades-  2 Time First Team Academic All American, Player of the Year in 2016,  Cape Cod League All Star in 2015, Most career hits at the University of Hartford with 269 (2nd most 223), Most hits in a season 85 (2nd Most myself twice with 68).  4th highest career average at .359. 2 Time Male Scholar Athlete of the year for the America East Conference.

Professional Baseball- drafted by the Los Angeles Angels in June of 2017.  spent the summer in Orem Utah and hit .398 with 2 homeruns, 25 walks and only 11 strikeouts.  On August 5, 2022, MacKinnon was claimed off waivers by the Oakland Athletics. He was assigned to the Las Vegas Aviators. 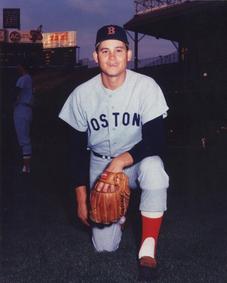 Charlie is a Catholic Memorial Grad. Finished playing baseball in the Boston Park League fro Mill Stream as a player coach in 1985. Returned to coaching for Norwood Little League 1988. Coached for over 20 years while serving as a player agent and player advocate. Along with Little League coached Senior Babe Ruth and 13-15 Babe Ruth. Five years as an assistant coach at Norwood High freshman & JV coach State Championship team. Two years as a pitching coach with the Plymouth Pilgrims NECBL 2017-18. He also coached football and wrestling at Catholic Memorial. Currently Pitching coach for Eastern Nazarene College since 2018. 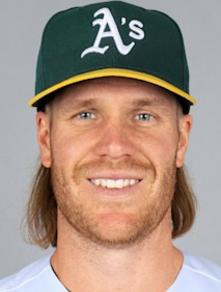 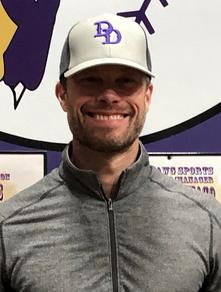 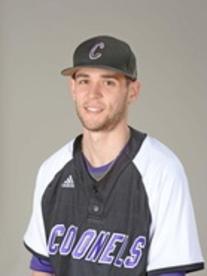 Don is a graduate of Catholic Memorial High School and Boston College where he earned a degree from the School of Business in Business Management, with a concentration in Computer Science. Having worked in the corporate world for 25 years as well as in his own entrepreneurial business, DC Enterprises, he now brings his business skills to Dirt Dawg Sports. Don combines this business savvy with his baseball and softball managerial experience of 30+ years coaching and volunteering for Legion, Senior Babe Ruth, Babe Ruth, Cal Ripken and Little League.

He also held positions on the board of Directors as President, Vice President, Player Agent, Tournament Director-, and League VP. He continues to be an advisor to local baseball and softball programs. Don has 3 sons who he coached through various sports and one son who played varsity baseball in college.

Ray Brewer grew up in Lexington, Kentucky with his parents and little sister: Patrick, Lynn and Calbi. Ray found baseball success at a young age, leading to a starting position on the Varsity team as an eighth grader and being the team captain for three years. In that time, he set school records in Home Runs, RBI, Strikeouts, Wins and ERA. After having Tommy John surgery his Senior Year, Ray elected to continue his baseball and academic career at Cornell University instead of pursuing a pro baseball career out of high school.

He played at Cornell for three years before further injury caused him to leave the game as a player. His love for the game made it clear that he would stay involved in baseball in some capacity, and his extensive experiences – both positive and negative – help him coach and counsel young players not only for solid baseball skills, acumen and success, but for long-term health and career longevity. For the past year, he has helped coach one of our Dirt Dawg teams. Now, Ray will also lead the pitching division of the Dirt Dawg Organization as we continue to strive to be the premier organization in New England. 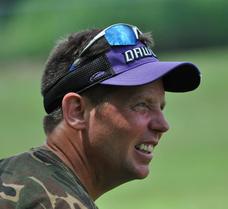 Johanna is a female right handed baseball pitcher, born in Aguadilla, PR on October 29, currently living in Avon, Ma. Started to play baseball at Isabela, PR Little League at the age of 5 where she played till she was 16 years old all in boy’s teams. Named pitcher of the year 6 times, and also made several All-Star Games and All Star Teams in that frame. Stopped playing baseball at 16th because it was difficult for her to get a boys team to sign her to play. She kept on playing softball when she got to college playing as a short-stop and as a first base but did not pitched. On 2008 the 1st Womens Amateur Baseball League was created, and Johanna is actually pitching on the League with the Arecibo Lobas and she also pitched with the Roosevelt Cangrejeras. Has Won four national titles in her twelve years of participation.

Also member of the 1st Puerto Rico Womens National Team that participated in the World Cup held on Venezuela on 2010, she lost her first game as Womens baseball pitcher against Cuba and then won against Netherlands, finish the tournament with 1-1. On 2012 she started to practice at the Dirt Dawg Sports Facility in Canton, MA in order to prepare for the 2014 Team USA Tryouts she made it to the Top 40 on the nation. Johanna, graduated from Inter-American University in Aguadilla, Puerto Rico with a Bachelor’s Degree on Criminal Justice on 2014 where she finished studying the last two years when she moved to USA doing on line classes. She is actually playing with Lobas de Arecibo womens baseball team in PR where she goes and play several times on the season. Recently invited again to join the PR Womens National Team and participated in the 2019 World Cup Pre Qualifier celebrated in Aguascalientes, Mexico. Also is the assistant-coach for her husband Alex Santiago on the 14's AAU Dirt Dawg Team. 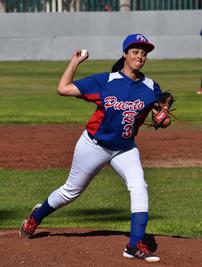 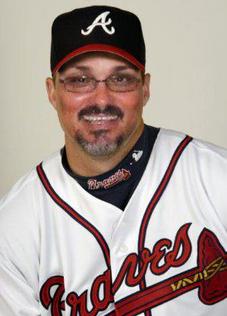 Graduate of Xaverian Brothers High School where he was a multi sport athlete. Rich was a standout player in both baseball and hockey in high school. Rich focused on Hockey at a younger age and was drafted by the New Jersey Devils of the NHL. His career was cut short by career ending leg injury. It was at this point that Rich’s passion for baseball took root. Rich has coached at all levels of the game for the past 31 year, certified at the Babe Ruth , Cal Ripken and Little League level. Rich has volunteered for the past 25 years to local programs and boards. Rich’s volunteer spirit stems from his mother’s passion for the game as she was the President and one of the founders of Stoughton Little League. 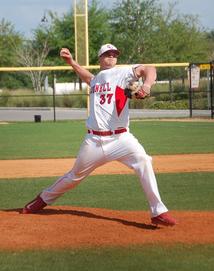 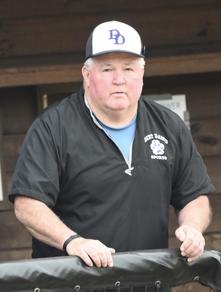 Kyle Graduated from Curry College with a degree in Business Management and was a 4 year starter at Curry College in Centerfield and on the mound.  Kyle was the Stoughton High School varsity baseball captain 2009 & 2010, then went on as a freshman starting center fielder and pitcher for the Curry College Colonels. Kyle was named to the CCC All Conference Squad both his freshman and sophomore years, and was a part of the 2015 Curry College Baseball CCC Championship team, helping the team achieve the win with a walk off single in the championship game.  Hes made his mark on the game with his ability to play the outfield both mentally and physically, hes been a successful hitter, and base runner at a high level and has had success on the mound as well and brings all his teachings and tips to the Dirt Dawg family. Kyle’s love for baseball started at a very young age. He currently shares his passion and enthusiasm for the game with current Dirt Dawg players and has boundless energy both on and off the field. And has also been given the opportunity to work with Stoughton High School, where he will volunteer as an assistant coach and help with the pitchers and outfielders as well. 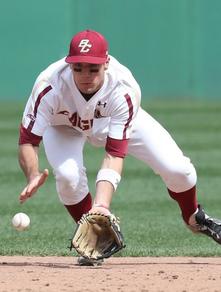 Born in Juana Diaz, Puerto Rico on August 15, 1940.  Jose had an eight-year career in major league ball, three years with the Athletics and five with the Red Sox.  José Santiago became a professional baseball player in 1957. He was signed by Kansas City scout Félix Delgado. In 1965, he started the season with the big league club, but only appeared in four games.  His record was 12-13, with seven complete games to his credit and 119 strikeouts. José was selected as Red Sox Pitcher of the Year. In 1967.  Dick Williams named José Santiago as his starting pitcher in the first game of the 1967 World Series.  Santiago pitched a solid game, allowing the Cardinals just two runs in seven full innings. It was his misfortune to be paired against Bob Gibson, who allowed but one Red Sox run - a third-inning solo home run by José himself in his first-ever World Series at-bat. In 1968, Santiago appeared in just 18 games, every one as a starter.  His record was 9-4 with a sterling 2.25 ERA. Dick Williams named Santiago one of his seven pitchers for the 1968 All-Star Game, but he developed tendonitis in his right elbow in early July and did not pitch in the game.

Santiago also managed the Puerto Rican national team for some time, and was pitching coach as well.  During the 1980's, he served as Press and Publications Officer for the Sports and Recreation Department of the Government of Puerto Rico.  In fact, after leaving major league baseball, José has been very energetic with an almost bewildering array of activity.  Among other things he has been: Voice of the San Juan Senators for five years, General Manager and Voice of the Santurce Crabbers for almost 10 years, named Narrator of the Year three times, President of Little League baseball for 20 years, Manager of the Puerto Rican national team, Manager of a number of AA Amateur Baseball League teams, including Coamo, Juana Díaz, Río Piedras, Juncos, San Sebastian, and Río Grande, Pitching Coach for the Chicago Cubs Daytona Beach Class A team in 2000 and Voice of the Carolina Giants in the Puerto Rico Professional Baseball League team 2004-2006.