Kentucky State University softball players were honored by the Southern Intercollegiate Athletic Conference for their play on the field, the league announced today (Monday, April 29, 2019).

Senior Jackie Zubiate (Riverside, CA) earned Player of the Week honors, while freshman Katelyn Hurley (Elizabeth, IN) was named Pitcher of the Week. It’s the first time this season Zubiate has earned the honor, but the third time a KSU hitter picked up the conference’s weekly honor.

“It’s a well-deserved honor,” said Kentucky State head coach David Morton. “Jackie has been great for us at the plate this year, and we want her to keep it going into the tournament.

Zubiate connected on her SIAC-leading 11th homerun to go along with her team-high 13th double in going 2-for-4 at the plate in completing the three-game sweep of Miles College on Sunday. She posted a .500 batting average on the week, including going 6-of-10 with 10 runs scored, seven RBI, two doubles and three homeruns in the series against Miles.

Thanks to Paola Flores for putting us in contact with Jackie Zubiate.

2018 She finished her illustrious career as Marshall’s and Conference USA’s all-time leader in career stolen bases with 166. Graduated with a degree in health sciences.

Summer 2017: Puerto Rico won Pool WD at the Canada Cup held in Surrey, B.C., with a record of 5-3 … Started every game … Finished tournament batting .444 (12-of-27) … Scored eight runs and swiped five bases … Went 3-for-4 with three runs scored in 11-5 win over Philippines … Recorded a single against Japan, the No. 1 team in the world … Played in the World Cup of Softball XII at Hall of Fame Stadium complex in Oklahoma City … Recorded six hits and had five stolen bases, one away from tying the record that she tied in 2016 and first set by Natasha Watley.

2018 - Named Graduate Manager at Georgia Tech Softball for the summer season.
Thanks to our friend Manuel Vega for putting us in contact with @Elicia Marie D’Orazio. 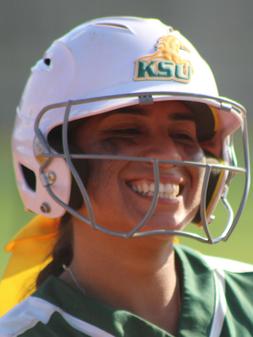 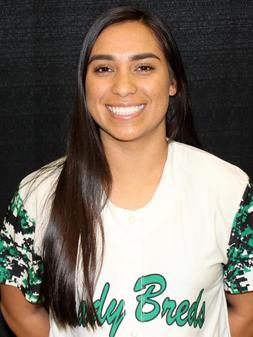 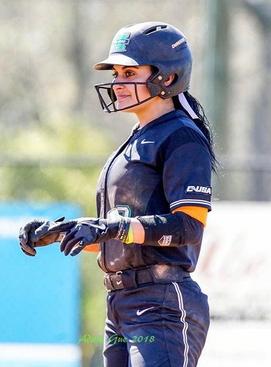 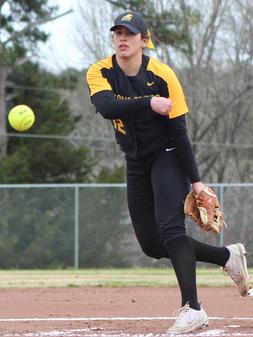 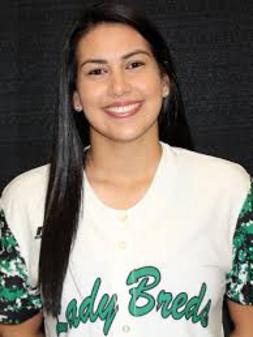 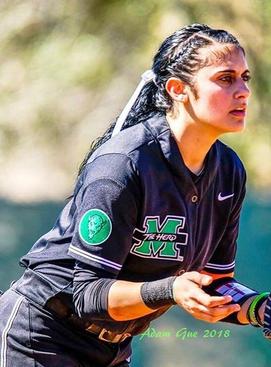 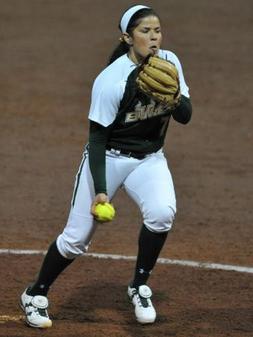 Karla Claudio Born on August 21, 1993 daughter of Carlos Claudio Gonzalez & Ivette Rivera. Hometown San Lorenzo, Puerto Rico. Claudio won multiple awards during her two-year stint as a Saint at Santa Fe College, and followed those two years with multiple awards as a Bull at the University of South Florida, where she earned her Bachelor's Degree.

Claudio is a long-time member of the National Team of Puerto Rico, where she also holds down the role of team captain. She holds the home run record for Santa Fe, was named All American by the NJCAA, was pitcher and/or player of the week multiple times and finished her sophomore year as the conference and FCSAA State Pitcher of the Year. She helped lead the Saints to the Atlantic District championship, and a spot at the NJCAA Tournament in Utah. While at USF she was named AAC Pitcher of the Week, AAC Player of the Week and earned academic honors both years, while finishing her career there as an AAC First Team Selection.

She also helped lead the Puerto Rico National Team to a bronze medal finish at the Pan American games. She earned the honour at the XIII Women Softball World Cup at Yukon, Canada, where she posted a batting average of .474, with seven RBIs. As a pitcher she logged 11.1 innings with an 2.74 earned run average In 2018 Team Puerto Rico loss to the USA in the Softball World Cup celebrated in Japan 8-1 the only run for PR was a Homer of Karla Claudio against USA best pitcher Monica Abbott.

In 2016 she bacame the second Puertorican to sign and play professional softball in europe when she signed pro with the Coronno Pertusella in Italy and she is still playing. In 2020 Member of the coaching staff for the Florida Gators Softball Team as a Graduate Student Manager.

In April of 2020 Karla Claudia has been informed that she has been inducted into the Santa Fe College Hall of Fame, bit ceremony has been postponed because of the pandemic situation.

In 2011 played baseball when she was 13-14 with the team from Ponce Villa del Carmen and help the team to be the runner ups of the league. She has two runner up places with the softball team Capitanas de Arecibo in Puerto Rico Softball League. Member of the Pony Softball League Champions ​2013 with the Team Ponce. She has participated on more than 10 All Star Games on all the leagues she has participated.

Kentucky State University NCAA D2 - Kentucky
*2018 All Conference Offensive Player of the Year with a Batting Avg of .464

*2018 Womens World Cup Viera, FL Selected as the best shortstop of the tournament and selected to the All Star Team.

*2015 Womens Baseball Athlete of the Year selected for the PR Olympic Awards.

*2018 Named Most Valuable Player and league most RBI Leader.

*2018 Finish the season leading the league on runs scored, total hits, doubles, triples and runs batted in also was on the top hitting leaders with an Avg of .571​

Paola is from San Lorenzo Puerto Rico. I played little league with my hometown team. At the age of 15, i was part of the Puerto Rico Big League national team. Big League was the category for 17-18 years old. I was on the team for 5 years and in 2016 we won the Big League softball world series in Delaware. This was the first and only time Puerto Rico won because that was the last year for the tournament.

I went to Santa Fe College and played NJCAA D1 softball for two years and then transfer to KY and finished my 2 years of eligibility in NCAA D2 SIAC conference.

The softball student-athlete became the first player in school history to earn national academic honors as she was named 2019 Google Cloud Academic AllAmerica® First Team, as selected by the College Sports Information Directors of America (CoSIDA). The organization has honored academic achievements since 1983.

In addition to her academic honors, Flores was named first team Division II HBCU Softball and second team All-Southern Intercollegiate Athletic Conference for her play during the season. Flores was also named to the SIAC All-tournament team.

Flores finished a stellar two-year career after transferring to Kentucky State. She finished with season 15-14 with a 3.44 ERA with 27 complete games. Flores, who was a second team SIAC honoree, finished with 112 strikeouts.

I’m in the process of receiving a Bachelor’s in Biology (next week). I’ll be commissioning as a 2LT in the US Army active component next Friday May 8th. I’ll be a medical services officer.

Thanks to Manuel Vega for putting us in contact with Paola Flores.​ 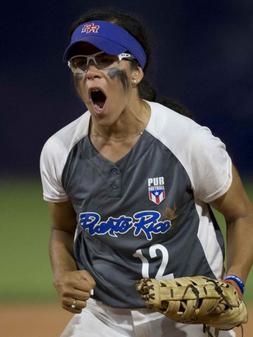