Watervliet, NY native Ryan Parker is currently the pitching coach at his alma mater, Wheaton College, where he is beginning his 12th season. He is also the co-founder and head coach of the Troy Baseball Expo in Troy, NY, which provides free baseball instruction, academic advising, and workforce development to youth in the Capital District of upstate NY.

Parker was a member of the first varsity baseball team in Wheaton history in 1998, where he contributed to three NEWMAC conference championships and two NCAA Regional Tournament appearances as a player.  As an assistant coach for the Lyons, Parker has staffed eight NEWMAC conference championships, nine NCAA tournament appearances, and two NCAA Division III National Championship finalist teams in 2006 & 2012. Individually, Parker has coached a total of 17 All Conference pitchers, including five conference Pitchers of the Year and numerous Major League Baseball signees.

Parker also served as pitching coach for the Harwich Mariners of the prestigious Cape Cod Baseball League from 2008-2010, helping to end a 21 year championship drought in Harwich when the Mariners were crowned league champions in 2008.

Off the field, Parker received his degree in sociology from Wheaton in 2001, and successfully completed his master's degree in higher education counseling at Bridgewater State University in 2008. 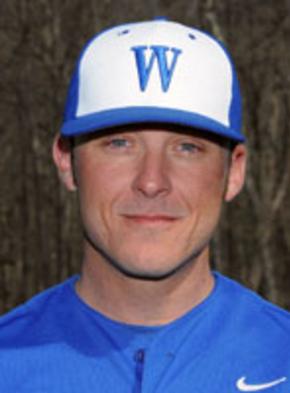