Son of former MLB Boston Red Sox Player 1967 Jose Santiago. Born and raised in Baseball. His baseball summary as a player includes more than 30 years of experience playing baseball. Played every position started as a Pitcher and finish as Catcher. Catcher of the 1982 Puerto Rico Big League Team World Champions and selected All Star Catcher. Played for 18 years at the Puerto Rico Semi Pro Baseball League.

Three National Titles at the Puerto Rico Semi-Pro Baseball League with Juncos team (1989-1990-1991). Two Runner Up Titles at the Puerto Rico Semi Pro Baseball League with the Juncos team (1988-1992). Selected to participate as a player on 8 All Star Games. Member of the COLICEBA National Team Champions Stan Musial Tourney B.Creek, Michigan (1985). Selected as the All Star Catcher. Inducted to the Puerto Rico Semi-Pro Baseball League Hall of Fame in 2009 and his hometown of Carolina Hall of Fame of Sports in 2013. As a Manager and Coach more than 20 years of experience managing or coaching. Manager and Coach of Little League Baseball and Softball teams from 9 to 18 years old since he was 13yrs old. Manager and Coach of several Juvenile Baseball Teams from ages 16 to 18. Head coach for the last four years of our 18u Showcase Team. 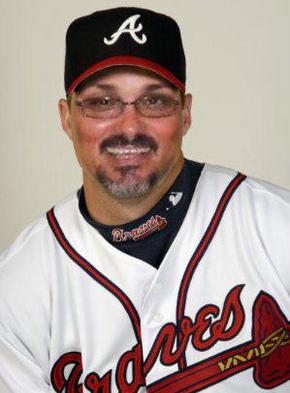